The Law Office of T. Spence Chubb is based in Washington, D.C. and specializes in fast-paced Section 337 litigation before the U.S. International Trade Commission and other intellectual property litigation.

T. Spence Chubb is an intellectual property litigator with over thirty years of dedicated experience in ITC Section 337 investigations, of which over twenty years (1989-2010) were spent serving the ITC as a Supervisory Attorney in the Office of Unfair Import Investigations (“OUII”), preceded by three years serving as an ITC staff trial attorney.  During that evolutionary time period, as the ITC caseload transitioned to more sophisticated computer and electronics technologies and industries, Spence directly managed one half of the ITC’s entire nationwide docket of Section 337 investigations.

Since leaving the Commission, Spence has continued to focus on Section 337 litigation, but now in private practice.  Spence continues to appear regularly before the ITC on behalf of both large multinational corporate clients and smaller companies, in a wide range of technologies. And as the proprietor of a small law firm, Spence has considerable experience in working remotely with his co-counsel and with counsel for the other parties and non-parties, as well as in interacting electronically with the Commission. 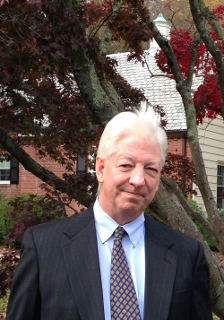 California, District of Columbia, and several federal courts, including the U.S. Court of Appeals for the Federal Circuit

Spence frequently speaks before bar groups on Section 337 practice.  He maintains an active role in the ITC Trial Lawyers Association, including service as a member of the Executive Committee (terms of 1991–94, 2011–14, and 2015-2018).  In 2015, Spence was selected as a contributing author for IP Law360's Voices of the Bar series.